America wine has been produced for more than 300 years. Wine production has been doing in all 50 states, with California producing 89% of all US wine. The United States in the 4th largest wine-producing country in the world, after Italy, Spain, and France.

In the most recent update of the wines vines analytics winery database, the top 5 wine-producing states in order are:

California wine is made in the U.S. State of California. Almost three quarters the size of France, California accounts for nearly 90% of American wine production. Their production is one third larger than Australia’s. If California were a separate country, it would be the world’s fourth-largest wine producer. Today, there are more than 1,200 wineries in the state, ranging from small boutique wineries to large corporations with distribution around the globe.

Washington wine is wine produced from grape varieties grown in the state of Washington. It ranks second in the US in the production of wine. By 2017, the state had over 55,000 acres of vineyards, a harvest 229,000 short tons of grapes, and exports going to over 40 countries around the world from the 940+ wineries located in the state. There are also some viticultural activities in the cooler, wetter western half of the state, the majority of wine grape production takes place in the shrub-steppe eastern half. Viticulture in the state is also influenced by long sunlight hours and consistent temperatures.

New York wine is made from grapes grown in New York. It ranks third in grape production after California and Washington. 83% of New York’s grape area is Vitis labrusca varieties. The rest is almost equally between Vitis vinifera and French hybrids. New York’s wine production began in the 17th century with Dutch and Huguenot plantings in the Hudson Valley region.

Oregon wine has established an international reputation for its production of wine, ranking fourth in the country. Oregon has several different growing regions within the state’s borders that are well-suited to the cultivation of grapes; additional regions straddle the border between Oregon and the states of Washington and Idaho. Winemaking dates back to pioneer times in the 1840s, with commercial production beginning in the 1960s.

With 725 wineries in Oregon, the tourism industry has developed around wine tasting. It focuses on the wineries and tasting rooms in and around the Yamhill Valley southwest of Portland.

Texas wine has a long history of wine production. The sunny and dry climate of the major winemaking regions in the state has drawn a comparison to Portuguese wines. The state is home to over 36 members of the Vitis grape vine family with fifteen being native to the state, more than any other region on earth. The state had 3,200 acres planted with Vitis vinifera. Despite being the largest of conterminous states, this relatively small amount of planted land is dwarfed by the production of even the smallest French AOCs like Sancerre. The Texan wine industry is continuing its steady pace of expansion and has gained a reputation as an established wine-growing region in the US. 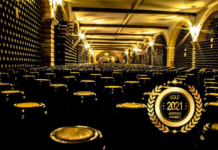 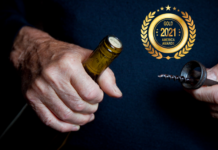